skip to main | skip to sidebar

Hello Everyone.....
On this Sunday morning I am in the 'South'.....meaning the southern states of the US.   Earl and I lived from 1971-1984 in North Carolina where Earl took his first teaching position as a 'newbie' political science professor.  We were 23 and 24 years old respectively as Earl, our 18 month-old son, and I trekked across the US in a station wagon pulling a U-Haul trailer which held all of our earthly belongings.  The South is rich with a historical perspective not held in the western states where we'd grown up.   Plus, I'd never seen either a spring or fall that was quite so dramatic with colors and lush growth that I still miss.
Yet, the story and purpose of my blog this morning isn't exactly about the South.   We're in Memphis TN with a full client schedule and our first presentation tied to my book, Bringing Your Soul to Light (www.BringingYourSoultoLight.com available for pre-order and will be in hand within a month).
Hosting us in their home are nearly our favorite cousins (I must be politically correct here...tisk, tisk!).   So, it's a rare treat to have this much time with them.
Now...to get to the 'meat' of this blog.   I've known for a number of years that my most recent past life happened during the Holocaust where I was a young Jewish girl whose home was 'trashed' late one night.  I was demanded and commanded to instantly leave my parents and brother and was  drug away to a concentration camp.   I believe that I traveled in the box car of a train with my dear, elderly uncle to whom I clung for life itself.
My job at the camp was to move from bed to bed in the make-shift infirmary with seriously ill and dying people.   I wiped whatever orifice was in need and simply attempted to provide love and compassion to these people in misery.   The image I experienced during one past life regression was coming upon a semblance of a cot where my emaciated dear uncle lay dying.   I crawled into the bed made of a stretched piece of rough material strung between four posts and held my uncle until he took his last gasp of earth's air.   Upon being asked by the therapist if I KNEW the soul of my uncle in my present life I quickly responded that this was my dear cousin of today with whom I feel very close.
The cousin that I mention is the cousin's house where I've been for four days.  Last evening I had a beautiful experience having a discussion about the past life I believed to be true.....and listening to my cousin relate elements of what he potentially considered to be validation of the past life memory.   Though there was not a sudden acceptance of my Holocaust story by my cousin, there was also not a strong casting-aside either.
This is the means by which we, who are either tentative believers or full-fledged believers in past lives and reincarnation,  need to step gingerly into presenting the possibility of the Law of Rebirth.
I do believe it is our commitment to offer to certain other people the possibility and potential explanation for interests, pulls, and fascinations that we have lived before and will live again.
I invite your discussion of this topic and will happily and purposely respond to your thoughts.
Thanks for listening to my musing this Sunday morning in the South.
Great Luv, Linda
Posted by Linda Backman at 7:13 AM

I agree with you about slowly and carefully approaching others with the idea of the law of rebirth. There are those who are receptive and those who are not. I try not to push, but just let the idea drop and see if the other person picks it up.

Hope you have safe and happy holidays.

What a pleasant surprise reading a story taken from an important part of your past.

I feel, if we are not retrospective, then we're not connecting the dots, so to speak, between our choices and the reality we create.

And our choices should be honored, because they actually represent a mini-reincarnation or rebirth, especially when choices bring transformational experiences.

I am looking forward to having more interaction here.

Thank You Linda, I'm loving your blog notes and am very touched by your personal story.
I hope its all right with you..
I added a post in my own fairly new blog about your new book with a link to your new blog pages.
I'm looking forward to all that is sure to come.
This is a beautiful way to stay in touch...
Hugs, Linda Duran

Linda,
It is lovely to hear from you. My first book will be available in the next two-three weeks. Thank you for your belief in soul regression.

For those wanting to more fully understand how our soul progresses as we move from one life to the next and during the time between, I hope you will dive into my book. Many of us are seeking deeper meaning to everyday life, particularly now. On the surface life looks more complex. Yet, I truly believe we are moving toward a more spiritual way of life without being as focused on the outer layer of our material world.

I have to say that as Americans (and perhaps in other parts of the world as well) we have expected and become used to amenities in life that, perhaps, we can do without. More importantly, our life is enriched by a deeper, more introspective focus. Without so many distractions from the material world, we seek more grounded value in life. 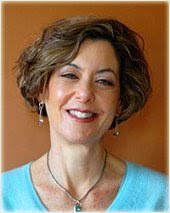 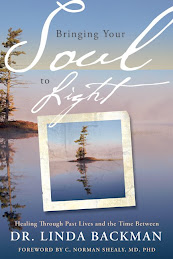 Linda Backman
Since 1993, Dr.Linda Backman, psychologist and regression therapist, has guided innumerable individuals in regression hypnotherapy to access their past and between lives. In this way, she helps people to more fully recognize who we are as a soul throughout our many lifetimes and during the time we are not incarnate. Regression hypnotherapy allows the client to understand their soul mission, soul progress, soul relationships, and much more. Dr. Backman’s work today includes guiding regressions, as well as speaking, writing and training others in the benefits of soul regression hypnotherapy both in the US and abroad. Dr. Backman holds a profound commitment to deepening and heightening an individual and more universal understanding and awareness of the path of soul development leading to greater wisdom and acceptance amongst all people and cultures of the world.